So a little news from the Ging... 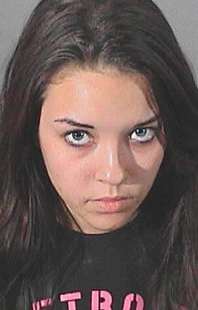 So the man from Harold & Kumar was ROBBED AT GUNPOINT. I won't go into details, but i wanna know- who gave Alexis Neiers a gun???! ...oops, just slipped out

IN THE BRITISH NEWS, a RESPONSIBLE AND LOVING father of 4 was caught drunk-driving in Essex. Wanna know what he drives??

he was ONLY over double the legal limit...which in the UK might be .50 for all we know. I also wanna raise another question...He was said to be putting larger wheels on the barbie ride for his SON. ...How big and gay does this make your son?

Gaga is the only bitch baddass enough to spend thousands of dollars on a purse and have it written on in some foreign language. BRAVO, GAGA! We love you!

p.s.
in the last week, i've written rhymes about crackberries, my jewboyf, the skills of dating and knowing when to call it quits, aaaaand why Tess "Taylor" Adler McSlutSlut sucks as a human-being. I'm taking some suggestions for future raps.
Posted by Ging at 4:42 PM