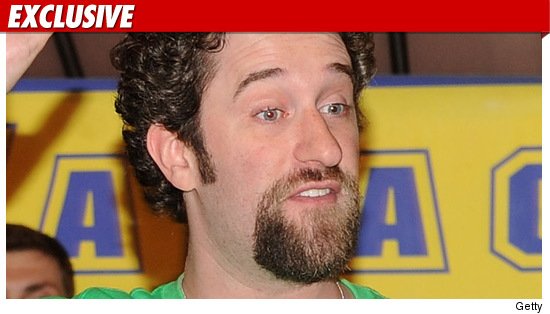 Screech had his first foreclosure scare in 2006 -- when he allegedly fell behind $250,000 on his mortgage payments. It all happened again a few months ago in April -- except according to Wells Fargo Bank, Screech's debt had ballooned to $290,000.

Now, the foreclosure monster is rearing its ugly head yet again -- Wells Fargo just filed more foreclosure papers in Wisconsin, claiming DD is still in default, owing $278,309 since May ... and now the bank is tightening the screws for realsies.

WF wants to recoup their losses stat -- demanding immediate foreclosure on Screech's property. So far, no word from the goateed one

I'm trying to be a nice person lately. I'm TRYINGGGG...

But when I see something like this, a well-known asshole and prick finally gets what he deserves, I can't help myself...I'm ecstatic! Mr. Screech, after all of the bullshit he pulled in his last home foreclosure(if you don't know what he did, google it), finally gets what he deserves! Not only should they foreclose on this mofo's house, but they should somehow make a mockery of it on TV! I'd watch!
Posted by Seth Cameron at 5:47 PM

Email ThisBlogThis!Share to TwitterShare to FacebookShare to Pinterest
Labels: hate them, screech